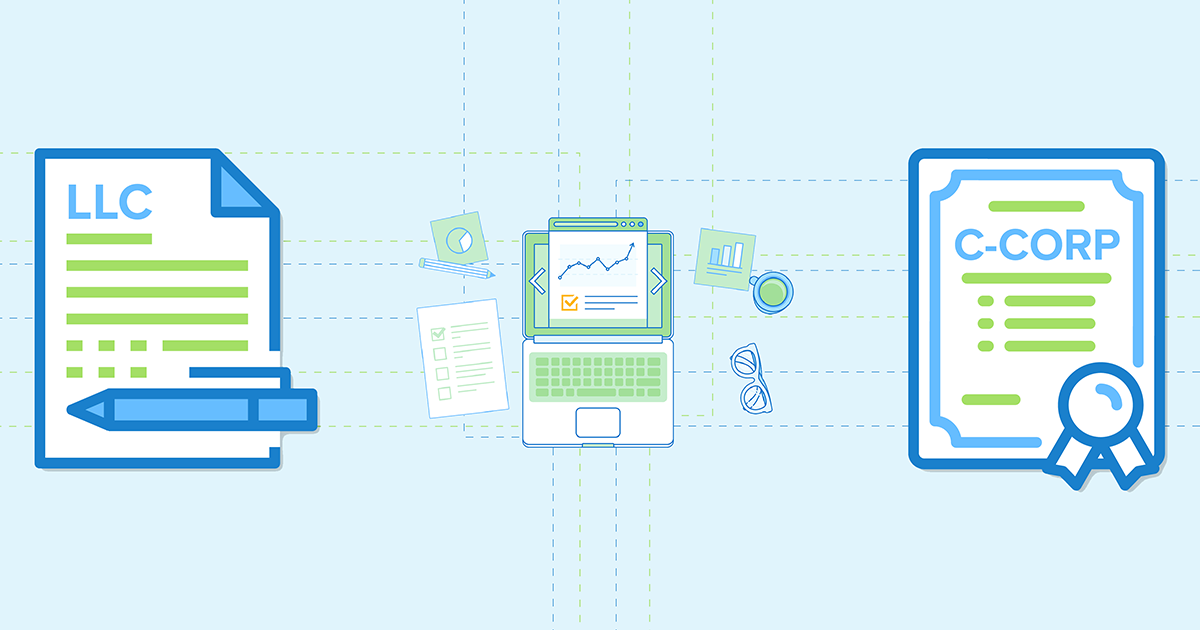 Why Your Startup Should Be a Delaware C-Corporation 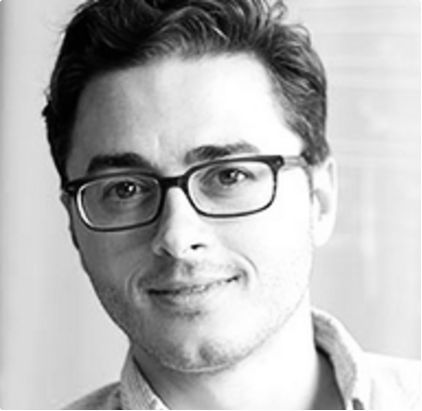 Gust Launch starts with the incorporation process, a necessary first step for establishing all the other components of your new company’s operations. Many founders have been told that they should incorporate their startup initially as an LLC, but we built Gust Launch with only one option for startups’ legal entities—and it’s not an LLC.

The agreed-upon best type of legal entity for startups, preferred by investors, experienced founders, and startup lawyers, is the Delaware C-Corporation. The reasons for this are many, and we’ll get to the specifics. As Daniel DeWolf at Mintz Levin puts it, “Incorporating as a C-Corporation in Delaware is the gold standard for high growth startups. It provides limited liability, ease of use, ease of setup, the ability to issue stock options, and tax benefits upon sale for many qualified small businesses.”

How does all that work, and how is a C-Corporation different from an LLC? Here’s the rundown.

Why you should incorporate

1. Protecting yourself from legal liability

Incorporation removes you, the founder, as a private person from the equation and substitutes a new person-like entity that can do all the same things, but is considered separate in the eyes of the law. This entity, the corporation, can more or less do whatever you can do, such as sign contracts, buy things, or sell things. The key difference is that when things go wrong, such as the company going bankrupt, you won’t be personally liable for those debts.

The second main benefit of incorporation is the ability to divide ownership of your company. You’ll want to firm up the arrangements of who owns what, including dividing cofounder equity, as soon as you can to make the process as transparent and fair as possible. This is a fairly simple and understood process for C-Corporations through stock issuance, but significantly more complicated as an LLC.

When you’re ready to find investors who will give you capital in exchange for equity, they’ll expect a certain amount of ownership in your company. In order to determine what percentage they’ll ultimately own, you’ll need to know the current ownership structure beforehand. Most angel investors and VCs will also insist that your company be a Delaware C-Corporation for legal reasons, so if you aren’t then you’ll need to explore converting to a C-Corp—a very expensive and time-consuming process. Starting out with your shares divided and your corporate structure geared towards eventual investment will save money and time later.

3. Making sure crucial IP belongs to the company (not the founders)

This piece is especially crucial for high-growth startups, which tend to focus on developing disruptive new technologies or techniques (rather than reusing established business models, as many other small businesses do). The backbone of each of these startups is intellectual property, which means anything from legal ownership of the company name to patents to the code that runs your app.

Just like with debt, you want ownership of these intellectual property assets to be the property of the startup, not the individual founders. In this arrangement, each founder’s contributions will remain with the company even if they leave, which has two big benefits: first, it means that nobody can hold the company’s future hostage purely on the basis of their past contributions, and second, it provides a sensible justification for each contributor’s equity stake. There’s also a financial benefit, which is that the value created by the intellectual property can be considered part of the value of the company, which is the main mechanism investors use to decide how much money to put into a startup.

LLC vs C-Corp for Startups

The two key differences between an LLC and a C-Corporation are the ability to divide ownership and the way in which their income is taxed.

We’ve covered equity splitting above—while it’s possible to develop workarounds for an LLC to divide its ownership structure, notably profits interest (which signals an intent to divide profits at a later date, counting from when the interest was granted) and capital interest (which represent portions of the value of the company if it were to be liquidated), these don’t exactly translate to stock or ownership in the obvious, comparatively intuitive ways that shares of a C-Corp do.

On top of these differences, LLCs entirely lack a way to grant options, which are a common equity incentive format that startups give to employees and advisors that more or less represent the ability to purchase shares of the company at a discount when it’s advantageous to do so.

Since almost any successful high-growth startup will seek professional investment, these structures will need to be converted into analogous C-Corp ownership units (i.e. shares). In short, that’s a lot of expensive lawyer time.

As a consequence of the relatively direct ownership divisions in an C-Corp, tax law generally treats the ownership somewhat differently. This is the crux of why so many founders believe they should be LLCs first: that taxes on LLCs are lower because C-Corps are charged double tax. The usual reasoning is that LLC income isn’t taxed at the company level, but rather at the level of income for its owners. Meanwhile, C-Corp profits are taxed as a corporation, and then taxed at the individual level when paid out as dividends. In fact, this is almost never the reality of an early-stage startup. Startups tend to reinvest all their capital in growth for many years, rather than paying out dividends, meaning this “second” tax burden rarely applies.1 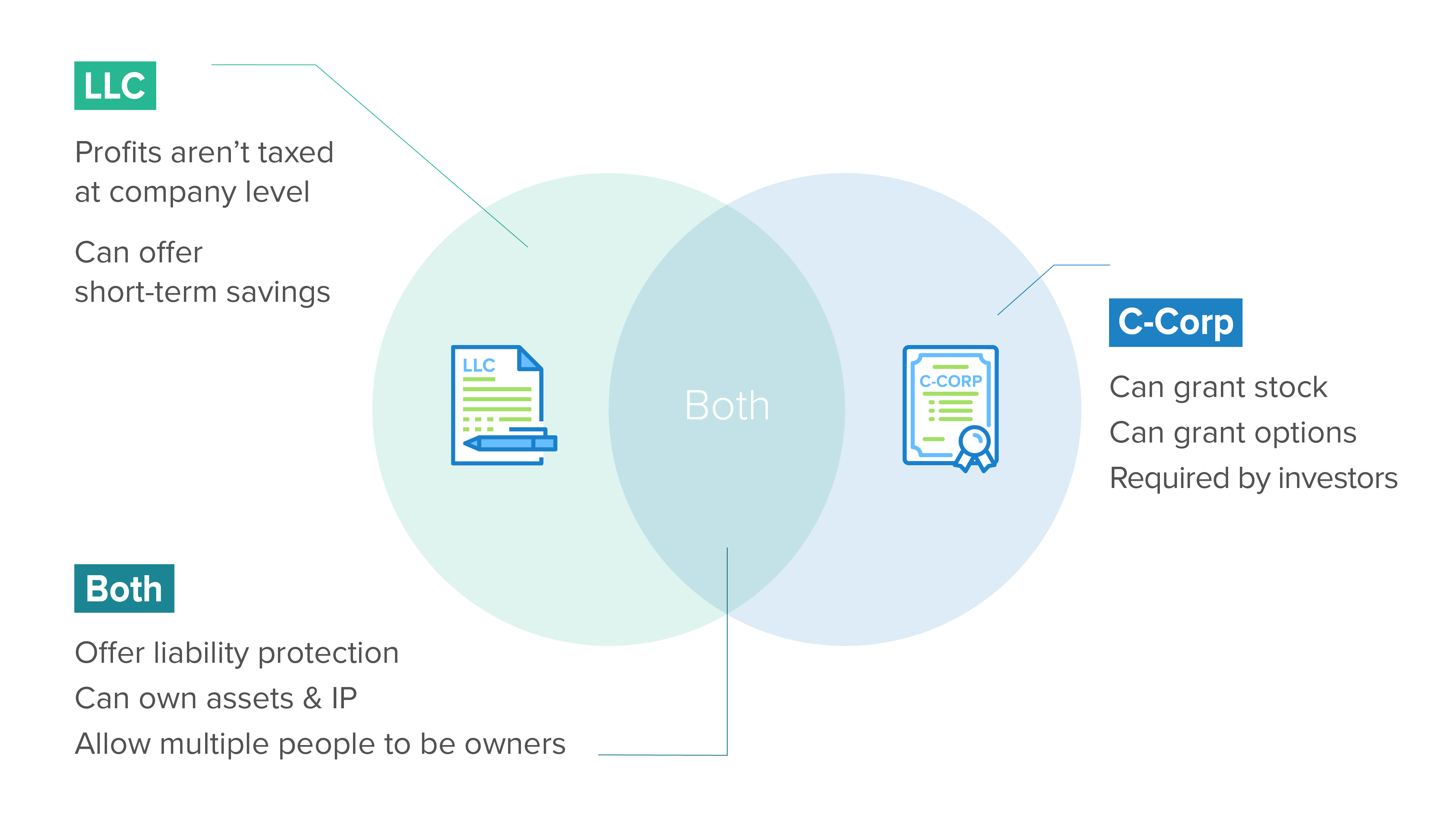 This one is easy. Most companies are not physically based in Delaware. As a result of this seeming disadvantage to state revenue, Delaware developed a series of tax and regulatory laws (notably the Delaware General Corporation Law) and court systems that are more advantageous to the corporation than almost anywhere else in the country, leading it to be the most favorable place to incorporate for both companies and investors. Revenue win for them, tax and regulatory win for you.

The net result for you, startup founder, is that most investors will prefer you to incorporate in Delaware, since its laws and regulations are both familiar and preferable to professional investment groups and startup lawyers. In some circumstances there are compelling reasons to incorporate elsewhere, but most startups usually stick with Delaware and file a foreign qualification form to operate in their own home state.

While individual startups may have specific extenuating circumstances that suggest value in using an LLC format (such as the expectation of immediate, massive profits) or incorporating in another state, most startups end up being advised to incorporate as Delaware C-Corporations—which is why we start founders out with this process through Gust Launch.

Curious how the Gust Launch incorporation process works? We can show you in less than two minutes. Watch our video demo here.