Over the last few years, accelerators and the programs they operate have become key players within startup ecosystems, helping thousands of founders build and grow innovative businesses in today's "new economy." Accelerators have become far more than simple business-service providers or investment vehicles, instead emerging as invaluable operators within public and private spheres. They bring together entrepreneurs, investors, public entities, and corporations with the common goal of helping innovative businesses quickly take root. Policymakers and other actors in the startup community should understand the essential role of accelerators within the startup ecosystem, as proper incentivization of accelerators has the potential to effectively facilitate the cultivation and cross-pollination of startups.

Please note that many organizations supporting entrepreneurship, such as incubators and venture builders, have not been included in the scope of this report, even if they share some common traits with accelerators.

The acceleration industry is evolving rapidly, and it is becoming increasingly difficult to precisely define what an accelerator is. As new models emerge, the term "accelerator" describes an increasingly diverse set of programs and organizations, and, often, the lines that distinguish accelerators from similar institutions, like incubators and early-stage funds, become blurred. For the purposes of this report, accelerators can be defined according to Miller and Bound (2011), and share these common traits:

1) An application process that is open to all, yet highly competitive.
2) Possible provision of pre-seed investment (grant or equity).
3) A focus on small teams instead of individual founders.
4) Time-limited support comprising programmed events and intensive mentoring.
5) Cohorts or ‘classes’ of startups rather than individual companies.

Total investment in the region 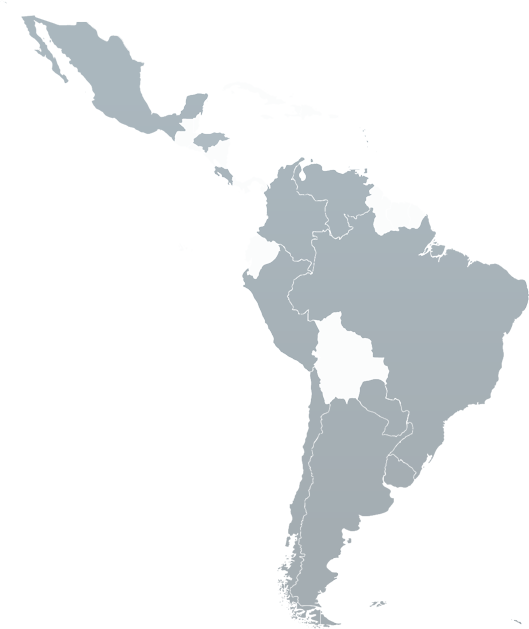 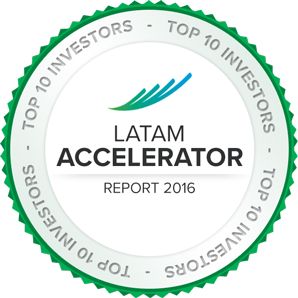 
Are you a for-profit organization?

67.9% of accelerators in the region claim to be for-profit ventures, a bit below to what was reported in the 2015 edition (73%). Typically, for-profit accelerators are funded with private capital from investors aiming to generate long-term profit. This is primarily accomplished by the appreciation of their equity in startups, but also by providing business-support services and by offering “acceleration-as-a-service” to large corporations.

Not-for-profit accelerators support industries that provide a specific public benefit, such as Healthtech and Edtech. Others aim to boost entrepreneurship in their communities. They may also focus on providing new opportunities for minority groups, or look to boost economic activity in a given region. These programs and the organizations operating them may be either privately or publicly funded. Generally, these programs do not take equity and instead offer free support. 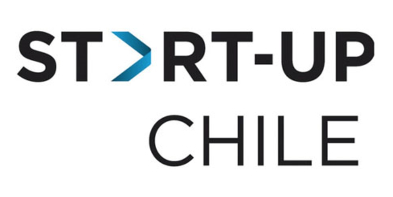 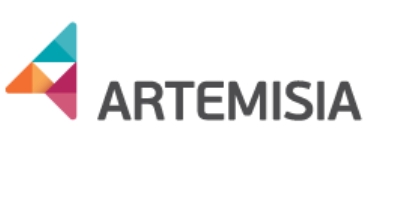 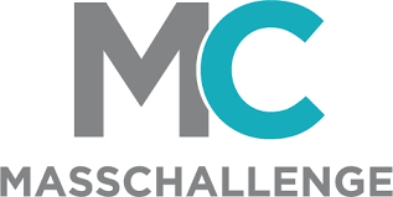 
How are you funded?

What was your main source of revenue in 2016?


How will you generate revenue in the medium & long terms?


In the 2015 Report, a majority (79%) of accelerators indicated that they intended to follow the traditional "cash-for-equity" model, first established in 2005 by Y Combinator, which involves investing a small amount of seed money in a startup — around $25,000 on average — in exchange for equity (usually between 5% and 10%). Increasingly, this model is + becoming rare as accelerators reconsider their general outlook. + Most likely, the small number of exits — 14 reported in 2016 — has proven insufficient in funding their operations. Only 5% of Latin American accelerators reported exits as a main source of revenue in 2016. 58.2% of accelerators take equity in startups and 30% predict making revenue from exits in the future – a significant shift from last year.

Accelerators have historically relied on, and continue to explore, alternative models of revenue generation. 95% of Latin American accelerators surveyed plan to increase their revenue in the medium- to long-term by incorporating such models, including, but not limited to, charging for mentorship, subletting office space, hosting events, and working with corporations.

As we predicted last year, the relationships between accelerators and corporations have grown stronger and more numerous. 54.3% of accelerators are at least partially funded by a corporation, and 76.7% aim to generate future revenue from services sold to corporations.

Corporate revenue generated by accelerators came from two main sources in 2016: 31% was a result of corporate partnerships, generally in the form of a white-labeled or jointly-run acceleration program created by the accelerator on behalf of the corporation. 19% came from corporate sponsorship packages sold by accelerators.

Do you invest cash?

Accelerators that do not invest cash generally focus on providing services and resources such as workshops, mentorship, coworking space, and connections.

Do you take equity from participating companies?


In 2016, the accelerator model continued to grow and evolve. Four major trends can be identified.

“Corporations are increasingly engaging in a more meaningful way with startup founders and the broader entrepreneurial ecosystem,” said Bobby Franklin, President and CEO of NVCA. The number of venture capital firms (VCs) has grown by 15.5% each year between 2011 and 2015, according to data from CB Insights. This growth in corporate engagement in the startup ecosystem is beginning to spill over into the accelerator industry.


As the accelerator industry matures, we are seeing increased collaboration between accelerators and corporations. “On the one hand, this is because corporations are discovering that accelerators are an efficient and effective way to engage with startups. On the other hand, accelerators understand that corporations can help them fund operations in the short-to-medium term (exits are often far out). They improve the prospects of their portfolio companies that can potentially sell to, raise funds from, or be acquired by these corporations," said Miklos Grof, co-author of this report.

There is a growing trend for corporations to outsource their acceleration programs due to their limited skills in accelerating startups. Some voices in the startup ecosystem, notably high-profile venture capitalist Fred Wilson, welcome this development. He believes, “Corporations should BUY companies. Investing in companies makes no sense,” as cited by CB Insights.

Corporations can benefit from accelerators in 5 different ways:

Examples of accelerators that are aligning themselves with corporations include: Ace, Startup Farm, and NUMA Mexico. 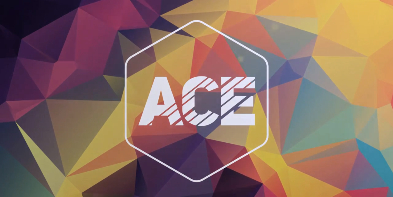 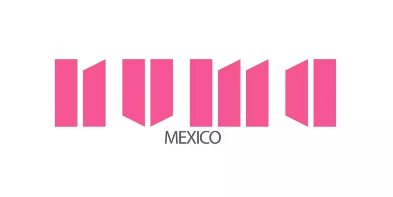 Are your program(s) focused on specific verticals?

Accelerator verticalization is driven in part by the following:

Continuing the trend identified in the 2015 report, the acceleration landscape in the region is increasingly moving towards verticalization, with over half (58%) of the region's accelerators running programs focused on a particular industry or sector niche. This trend is likely to continue as regional startup ecosystems continue to mature. This is a very positive development because verticalized accelerators generally bring more value to startups through more qualified acceleration teams, larger pools of quality mentors within the industry, and close corporate ties to related markets.

Some examples of vertical programs in Latin America include NXTP Labs, with its Fintech and Agritech programs, and BCI Labs. 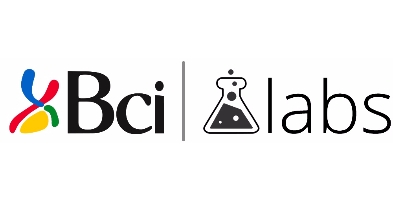 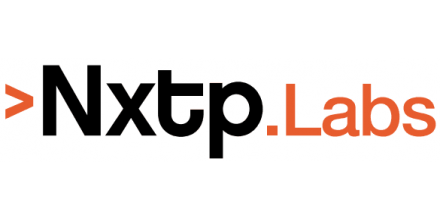 
After reaching a certain level of maturity, expansion becomes a natural next step for well-established accelerators. This growth comes in three forms: by opening new vertical programs, by launching new programs in different cities, or by launching programs internationally. Some examples include the recent launching of programs run by European and US accelerators, such as Numa México and Fledge Peru. More programs are expected to come to the region in 2017, including Rockstart Colombia and Startupbootcamp Fintech Mexico. But expansion also happens from within Latin America, with local accelerators launching programs in neighboring countries.

According to Sebastien Brunet, co-author of this report, “There are different reasons for which an accelerator decides to go abroad: to help their startup portfolios expand into new markets by providing softlanding services, to source innovative startups from new regions or to increase the quality of their deal flow and reinforce their brands on an international level.”

Today, accelerators often operate across the investment life cycle in an attempt to fill the gaps in local startup ecosystems and cater to potential financial partners and sponsors. These include governments, universities, and corporations. New operating models have evolved immensly, thereby blurring the lines between accelerators, incubators, and early-stage funds. Of the 82 accelerator programs included in this report, 36% described themselves as a combined accelerator, incubator, venture capital fund, and/or angel group. 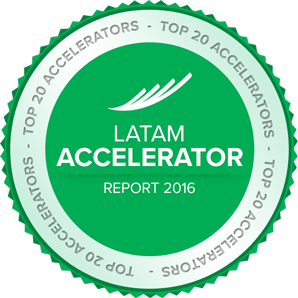 By number of startups accelerated in 2016

How do you see the accelerator model changing /evolving in Latin America in the next couple of years?

Thanks to the contributions of:  Sebastien Brunet,  Miklos Grof,  Diego Izquierdo.